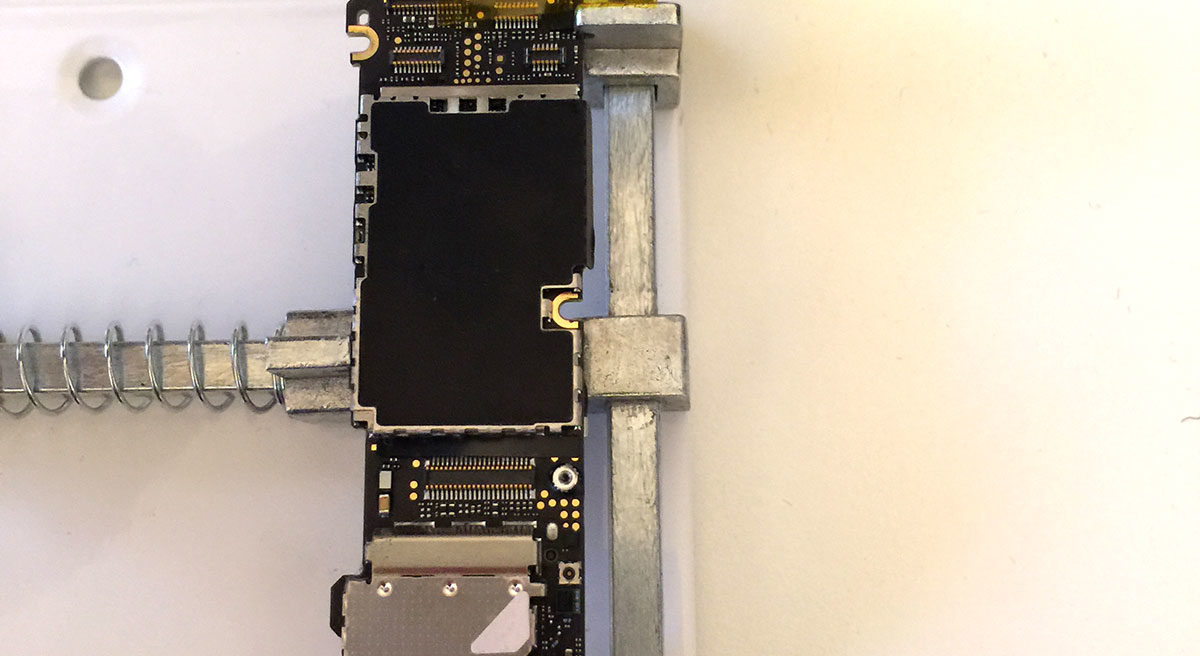 A number of clients have reported recently that their iPhone 4S suddenly isn’t able to join a wifi network, with the Wifi On/Off button completely greyed out and unable to switch on. This is caused by what appears to be an endemic problem with the soldering on the Wifi chip, remedied by reflowing the chip (heating to allow the soldering to melt & reform).

Interestingly, this technique was also recently successful at resurrecting a different client’s PC laptop with a faulty graphics chip. It’s not a panacea but seems to help chips with unreliable soldering.

Reflowing the Wifi chip at 280C After the procedure, the Wifi chip works once again